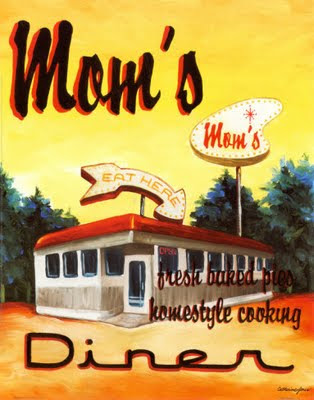 American Chop Suey, for the uninitiated, is one of those working-class New England staples, ubiquitous on diner menus and harried weeknight meal plans. I imagine this is because it's A. cheap, B. fast, C. filling, and D. pleasing to even the most childish of starch-loving palates.

My mother made this dish pretty often when I was small, and continued to do so well into her career as World's Most Compulsively Over-Feeding Nana, when her refrigerator often held a big Tupperware container of the stuff for after-school noshing. I have no idea from whence the appellation "chop suey" came, and had never given it much thought, but Wikipedia tells us that the dish does appear in other regions, where it is "sometimes known as American Goulash, Macaroni Goulash, or Macaroni and Beef," the last of which seems uninspiringly literal-minded.

Since we are currently heading into yet another busy school year, I've been brainstorming meals that can be prepared in large batches and fed off during the week. Casseroles and stews are obvious choices, but it recently occurred to me that a humongous batch of ACS might fit the bill perfectly. And so it proved! Aside from replacing the hamburger with a more compassionate and less disgusting alternative,  I kept things pretty old school, and the results were received so enthusiastically that all those hoped-for leftovers disappeared much more quickly than planned. (Dammit.) The first lesson of the semester? Always make twice as much as you think you'll need; that's why Mother Nature invented the freezer.

Directions
~ Boil and drain the elbow macaroni, rinse with cold water, and set aside.
~ In a large skillet, sauté the onion, celery, bell pepper, carrot, and garlic in the olive oil over medium heat until soft (about 10-12 minutes).
~ Add the salt, oregano, chili powder, basil parsley, black pepper, Worcestershire sauce, hot sauce, and the ground "beef," and cook another minute or two.
~ Stir in the marinara sauce and the nutritional yeast, and combine thoroughly.
~ Turn heat to low, and continue cooking another 5 minutes.
~ Remove from heat, stir into cooked, drained macaroni, and serve hot. To keep that Mom's Diner vibe going, we had ours with green beans and corn on the side, but it's so filling that a green salad is really all you need.
~ So what are you waiting for? Eat, eat; you're skin and bones!
Posted by Desdemona at 12:00 AM