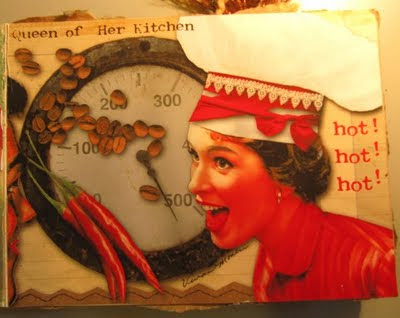 Between one thing and another, I haven't been blogging much lately, but I have been cooking. In fact, I've been sort of stuck in an Indian groove for awhile. This is largely due to my inherited tendency to cook too much food, which leads to self-perpetuating cycle: if there's leftover dal, there needs to be something to go along with it, which means cooking a vegetable dish and/or some rice, which leads in turn to more Indian leftovers. (Not that this is in any way a bad thing.) In any case, after making a huge pot of spinach, eggplant, and chickpea curry, I was casting about for something to go alongside it; since we were somewhat short on time and low on supplies, the last of the potatoes and a neglected head of cauliflower that had been waiting patiently in the refrigerator presented the perfect opportunity to whip up a batch of Aloo Gobi. This was a fairly quick and dirty rendition, but it made a nice starchy, tomatoey contrast to the richness of the curry. And now that we're finally getting to the end of the Indian leftovers, so you can look forward to something a bit different in the not-too-distant future!

Directions
~ In a large, deep skillet, heat the oil over medium-high heat. Add the cumin seeds and fry for about a minute, until they just begin to pop.
~ Add the onions, and cook about 3 minutes.
~ Add the garlic, ginger, and seasonings, and cook another minute or so.
~ Stir in the tomatoes, then add the potatoes and cauliflower, making sure they are completely coated.
~ Cover the pan, turn heat to medium, and allow to cook for 25-30 minutes, stirring occasionally to prevent sticking.
~ Uncover the pan, add the garam masala, and continue cooking for another minute or two.
~ Serve hot, garnished with chopped, fresh coriander.

Posted by Desdemona at 12:03 PM No comments: 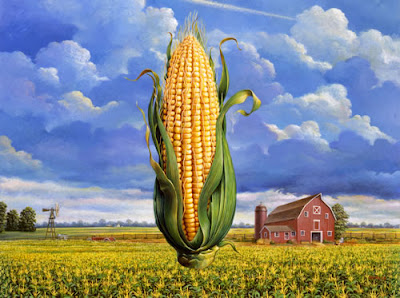 I freely admit that this recipe was largely experimental, but (fortunately) the results were an unqualified success. I needed - okay, wanted - something to accompany a big pot of soup, but couldn't be arsed to start a proper yeast-raised bread at 6pm on a weeknight, so corn muffins seemed like a good solution. I didn't have a go-to recipe, but remembered that my mom always used a mixture of flour and cornmeal, to avoid that gut-bomb quality sometimes found in the all-corn variety.

I took that as a starting point, but after that all bets were sort of off; it was a relief when these came out of the oven not only looking and smelling lovely, but tasting really good as well. As the name indicates, they're not super smokey, but the paprika and scallion combination adds a nice savory something that makes them perfect with a bowl of soup or chili.  Of course, you could leave it out if you like, and still have some seriously yummy muffins, but give them a try as is; my inaugural batch of a dozen lasted well under 24 hours, which in my book is a clear vote of confidence.


Directions
~ Preheat oven to 350 degrees Fahrenheit, and coat a muffin tin with cooking spray.
~ In a mixing bowl, combine the soy milk and vinegar together and set aside.
~ In a separate bowl, sift together the flour, cornmeal, baking powder, salt, sage, and paprika.
~ Add the chopped scallions to the dry ingredients and toss to coat; this will give them some "grip" in the batter.

~ Pour the oil into the milk mixture, and whisk until frothy.
~ Mix the wet ingredients into the dry ingredients to make a smooth (albeit somewhat soupy; don't worry, they'll firm up as they bake) batter.
~ Stir in the melted margarine (if using), and pour the batter into prepared muffin tin and bake for 20-25 minutes, or until a toothpick inserted into the center of one comes out clean.
~ Allow to cool briefly in the tin before turning out and serving warm or at room temperature.
Posted by Desdemona at 3:00 AM 2 comments: Links to this post 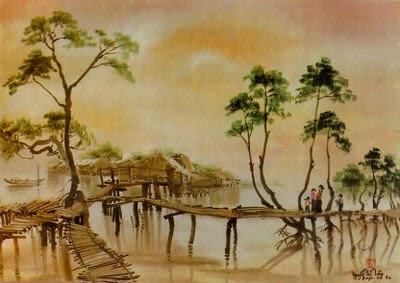 I love Vietnamese curries; that particular combination of coconut milk, lemongrass, basil, and spicy chilis adds up to something so much more wonderful than the sum of its parts. Over the past week or so, I've had a wretched cold, and wanted hot, soupy things, so my lovely partner obliged me with a much-improved update of my own avgolemono recipe. We fed off that for several days, and then it was time for Something Completely Different, and a nice tofu curry sounded like just the thing. I was all set to call our (very good) local place for some takeout, when it occurred to me that we probably had everything necessary right here at home. I checked the pantry, did a little Googling, conflated - 'tis ever thus - a few different recipes, and within an hour we were chowing down on this comforting, delicious meal. (Alas, the partner is now the sick one, so we're back to soup; this time, it's potato leek!)

Directions
~ In a large plastic bag or a bowl with a tight-fitting lid, combine the 1/4 cup corn starch and 1 tbsp. curry powder. Add the cubed tofu and shake vigorously to coat.
~ In a large, deep wok, heat the oil and cook the cubed tofu over medium-high heat until brown and crisp, turning occasionally. Remove to a paper towel-lined plate to drain, and set aside.
~ Drain off all but about a tablespoon of the oil, and sauté the onion, ginger, garlic, salt, cilantro, lemongrass, curry powder, bay leaves, and onion over medium-high heat for about 3 minutes.
~ Add the celery through the mushrooms, and cook another 5 minutes.
~ Stir in the oyster sauce and the spinach; cover and cook a few minutes more.
~ Raise the heat to high, add the coconut milk and hot sauce, and bring to just boiling. Lower the heat to a simmer, cover the wok, and allow to cook another 10 minutes.
~ In a small bowl, combine the cold water and corn starch, whisk to combine, and stir into the curry. Cook another few minutes until thickened.
~ Fish out the bay leaves, stir in the fried tofu and the basil, taste for seasoning, and serve hot over jasmine or basmati rice.
Posted by Desdemona at 3:00 AM 1 comment: Links to this post